The 28 bridges across the Rio Grande between the USA and Mexico are proof of positive and longstanding relationships between people in the two countries. In addition, the Juàrez y Lincoln International bridge based on Abraham Lincoln’s friendship with Mexico is a tangible symbol of binational relationships the Lincoln and Mexico Project hopes to build.

Three “bridge builders” who recently joined our international advisory group have strong commitments to education and improving relationships between Mexico and the USA. Together, they give a big boost to our outreach efforts to inform and educate people about historic relationships based on the book Abraham Lincoln and Mexico. The book uses archival documents to examine Lincoln’s legacy of support for Mexico as Congressman and as President, including helping exiled Mexican president Benito Juàrez end French occupation of Mexico in the 1860s. 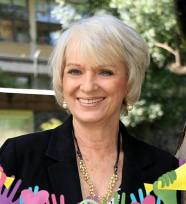 Janet Heinze is the recently-retired director of the American School Foundation of Guadalajara, where historian and educator Michael Hogan taught the Advanced Placement US History (APUSH) course that inspired his book. The ASFG began in 1908 and is one of 193 schools abroad sponsored by the US Department of State. During her tenure, the ASFG expanded its commitment to the highest quality education in a bilingual, bicultural, and secular environment. Now, she’s an education consultant based in Guadalajara and working to improve curriculum and teaching standards at schools throughout Mexico and Latin America. And she’s agreed to help LAMP with outreach to a number of schools, including working with educators to get the book into classroom discussions using lesson plans developed and vetted by APUSH teachers and students. She has a B.A. from the University of California at Berkeley, and has a Master of Education (M.Ed.) in International Teaching.

Jorge Haynes recently retired as Senior Director for External Relations in the California State University Chancellor’s Office at Long Beach, which oversees the nation’s largest public university system with 23 campuses and a 2016 enrollment of 478,638 students. He’s still active as a board member of two other education entities in California, including the Families in Schools organization based in Los Angeles. A Texas native now retired to his home state, he also works with the Texas Association of Businesses and the Mexican Consul as a member of the Aguila Alliance, a support group for trade with Mexico. Now, he’s agreed to help LAMP connect with education and civic leaders from California across the Southwest to Texas. He earned his B.A. in Political Science and Government from CSU-Sacramento.

“As kids growing up on the border in Laredo, we were taught that President Juàrez was a Lincolnesque president of Mexico,” says Haynes. “In fact, every February during President’s Day celebration, there is a ceremony on the Juàrez y Lincoln International bridge to commemorate the close ties of our two countries.”

Sylvia Noemi Contreras is dedicated to sharing Mexican and Spanish heritage with Californians, and travels extensively in both Mexico and the USA. In 2010, she joined Dominguez Rancho Adobe Museum, Rancho Dominguez, CA (near Long Beach) as a volunteer docent. Its history dates to the year 1784, and was the first land grant in Southern California. The rancho was also the site of an important battle in the Mexican-American War on October 8-9, 1846, in which 50 Californio Lancer troops defeated more than 200 invasionary US Marines. She’s also a docent at Banning Museum in Wilmington, CA, an 1864 Greek revival style house. Its history includes that Dominguez sold land to Banning. Further, Banning, considered “Father of Port of Los Angeles Harbor,” was critical in planning the Los Angeles railroad that runs through Dominguez land. Both museums are on the National Register of Historical Landmarks and are also California Landmarks (#152 and #147 respectively).

Now, she’s helping LAMP with outreach to museums, libraries, and schools throughout southern California. She earned a B.S. in Business Management from the University of Phoenix in 1997, and participates in the Osher Lifelong Learning Institute at CSU Dominguez Hills, where the campus is built on land donated by the Dominguez family estate. As a California realtor, she also educates the public to the fact that California is a community property state because its practice is derived from Spanish law. Showing historical properties is a favorite part of her business as it leads to talks about yesteryear’s lifestyles.

At the Lincoln and Mexico Project (LAMP), we believe one of the keys to success is connecting with people who share enthusiasm for the same goals. With their background and enthusiasm, Janet and Jorge and Sylvia are helping LAMP become an international movement to inform and educate people on both sides of the border about the history of Lincoln’s friendships with Mexico. In the coming weeks, we’ll profile more members of the LAMP advisory group.

If you’re a “bridge builder,” and want to build better relationships between the USA and Mexico, we invite you to become part of the project. Just submit a comment to the blog, or send an email to lamp@lincolnandmexicoproject.org, and we’ll get in touch with you. Thanks.