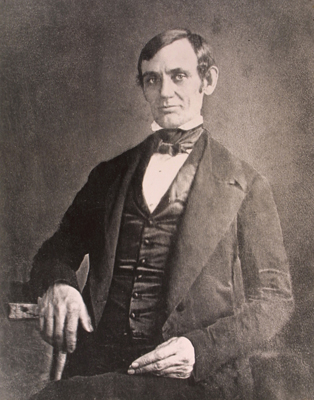 On April 10, 1863, Maximilian I and his wife Charlotte were installed as Emperor and Empress of Mexico. They came to power at the behest of the Napoleon III who had first sent armed forces to collect on past-due Mexican debts, but then encouraged them to stay and finally to conquer the country. At that time the French Army was the most powerful in the world. Although Mexico provided stout resistance, including an underdog victory at Puebla (Cinco de Mayo), its army was finally overwhelmed by the French who were reinforced by Austrian cavalry and artillery. The constitutional president Benito Juarez fled to the border town of El Paso del Norte to work in a cigarette factory and to put together a government-in-exile.

In May of 1863, he asked his protégé twenty-four year old Matias Romero to go to Washington and meet with President Lincoln to see if he could persuade him to help him raise a new army to fight against the French. Lincoln, of course, had his hands full. May 1-3 was the bloody battle of Chancellorsville. May 19-22 saw the Union troops engaged with the Rebels at Vicksburg, followed in early July by the devastating battle of Gettysburg. The enemy was nearly at Potomac. The timing could not have been worse.

Romero was unable to get an interview with the President, although he did have the opportunity to offer Mrs. Lincoln his rented carriage and accompany her shopping, a trip that lasted more than three hours! It was likely to due to her intercession that he was finally able to present his credentials to her husband as “Envoy Extraordinary and Minister Plenipotentiary of Mexico.”

As high-sounding as the title was, it was also essentially meaningless. He had no real diplomatic standing since his “government” was in exile. Although Lincoln was sympathetic, his hands were tied. He dared not antagonize the French for fear their army would join the Confederacy which could very well prove an unbeatable combination and defeat the Union forces. Nevertheless, perhaps because of Mary Todd ‘s intervention, Lincoln gave Romero an audience and recognized his standing as ambassador, giving him not only access to the Oval Office but introductions to members of his cabinet, and ultimately to Ulysses S. Grant and Philip Sheridan, generals who would become Romero’s stanch allies in the years ahead. Using a note which Lincoln wrote expressing his friendship to the Mexican people, Romero visited bankers in New York, Boston, Philadelphia, and San Francisco to raise money to support an army to overthrow Maximilian and the French usurpers. Over the next two years he and agents had sold over $30 million in Mexican bonds raising a total of $18 million in cash and credits. The money would go a long way in buying supplies and paying troops. But to defeat the most powerful European army they would need something more: they would need rifles and cannons.

Secretary of State Seward objected strongly to giving military aid to the Mexicans. He felt that this would needlessly antagonize the French and bring them closer to an alliance with the Confederates. Meanwhile, young Romero went out of his way to convince other members of the cabinet, as well as Grant and Sheridan, that such aid was essential and that France would rush into the breach as soon as it saw the Union exhausted by the efforts to defeat the Confederacy. Could the US really afford another war? Moreover what France was doing was in violation of the Monroe Doctrine which showed France’s contempt for American policies in the hemisphere. As the Civil War drew to a close, Lincoln decided to placate his Secretary of State by insuring him that no overt military aid would be given to Mexico. At the same time he ignored reports of Mexican agents to purchasing rifled cannon, and allowed Romero to meet with influential businessmen in San Francisco, Philadelphia, and other locations to form Monroe Doctrine Clubs to raise funds, purchase munitions and even levy volunteers.

By the time of the surrender at Appomattox Court House on April 10, 1863, most of those movements were far advanced. In addition, Grant was ordered to send Sheridan with 50,000 soldiers to Texas to both prevent shipment of Southern cotton to Europe and also to cut off the supply lines to the French. Once there, he instructed Sheridan to “lose” 30,000 repeating rifles at the El Paso border.

Although Lincoln was assassinated the following month, Grant and Sheridan continued to carry out his wishes. Both generals encouraged soldiers upon their discharge from the Union Army to join an American Legion of Honor which would form part of the Mexican army and defeat the French at Querétaro in the spring of 1867. On July21st of that year the Mexican Republic was restored.

The legacy of Lincoln is still honored in Mexico today with statues and other memorials. It is a hopeful reminder that our two countries have a history of cooperation and victory as well as one of animosity and conflict as we go forward with a new Republican administration in 2017.

Michael Hogan is a historian and teacher. He lives in Guadalajara, Mexico. His most recent book is Abraham Lincoln and Mexico: A History of Courage, Intrigue and Unlikely Friendships.

This article first appeared in http://www.alterinfos.org/spip.php?article7761. The opinions expressed herein in the articles and comments are those of their authors and do not necessarily reflect those of AlterInfos. Insulting or injurious comments will be deleted without previous notice. AlterInfos is a pluralist media with a sensibility leaning toward the left. It tries to echo emancipatory projects and struggles. Comments oriented towards the opposite direction will not be published here, but they will surely find another space on the web to do so.

This site uses Akismet to reduce spam. Learn how your comment data is processed.